Back to all posts

Thanks to Tone Deaf Touring and HiWattage Booking....We will hit the road soon to kickoff 2019 with a Bang!! Hope to see ya there!! Check our event schedule for tickets and more info... 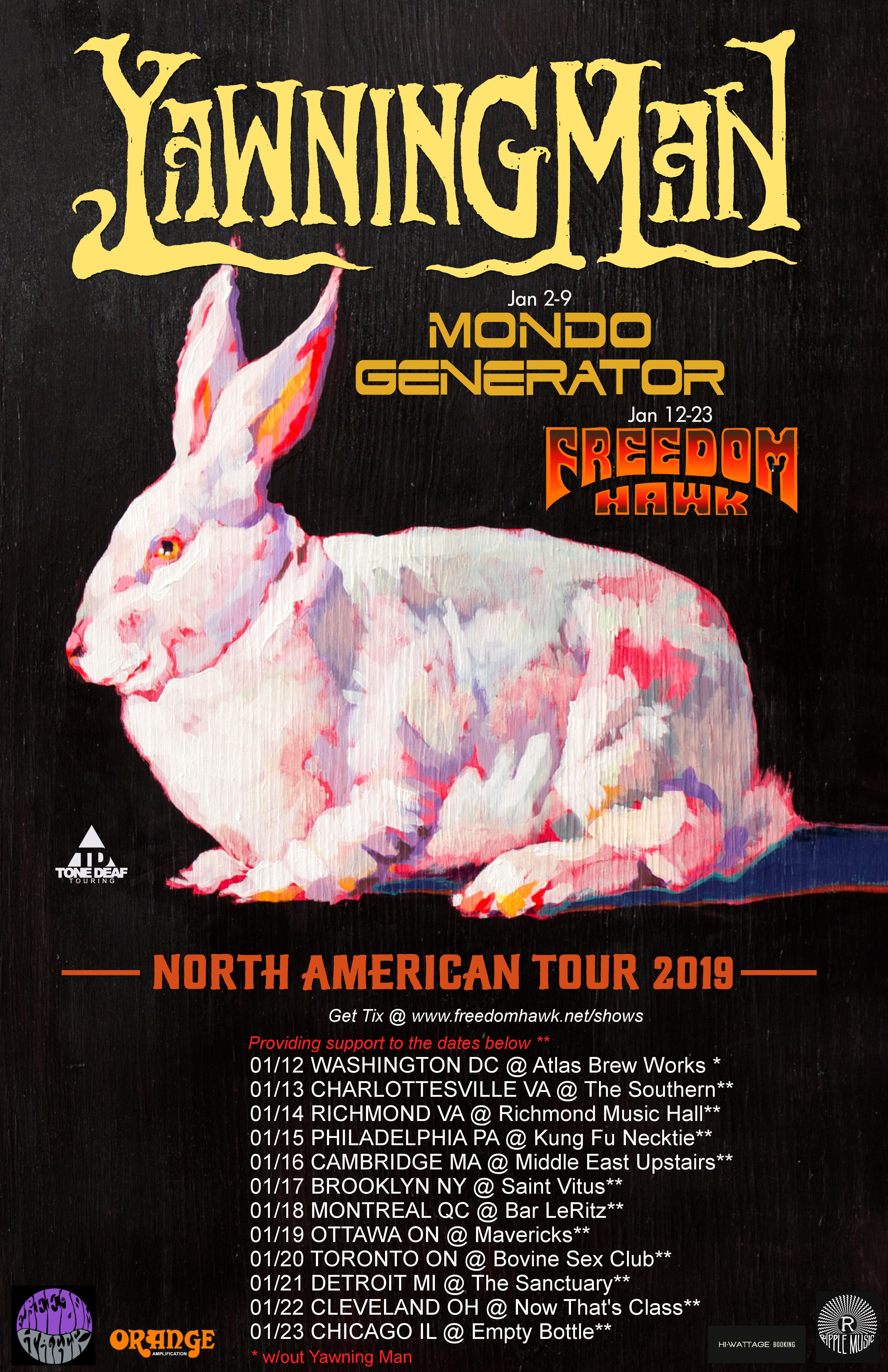 From the PR Wire:

Desert soundtrackers Yawning Man will hit the road right after New Year’s in order, presumably, to bring a bit of warmth to some of the harshest hours 2019 will present. The genre-shaping Californian outfit released The Revolt Against Tired Noises (review here) earlier this year, and it’s a record that has endured even as others have come and gone since, and typical of the band’s work, one expects it will continue to unfold sides of itself over a longer term than a mere matter of months. Recall this is a band who were practically legends before they had an album out. Still, in their 30-plus-year history, they haven’t ever been especially huge on touring, so even as they become a more cohesive studio outfit, they’re complementing that with a live incarnation. They were in Europe this past summer, and have already gotten a first East Coast stint under their collective belt. As far as I’m concerned, the more the merrier.

They’ll have Nick Oliveri and his Mondo Generator outfit along for the first stretch of dates, then pick up shortly thereafter with Virginian fuzzers Freedom Hawk, which is badass on multiple levels that you probably already know.